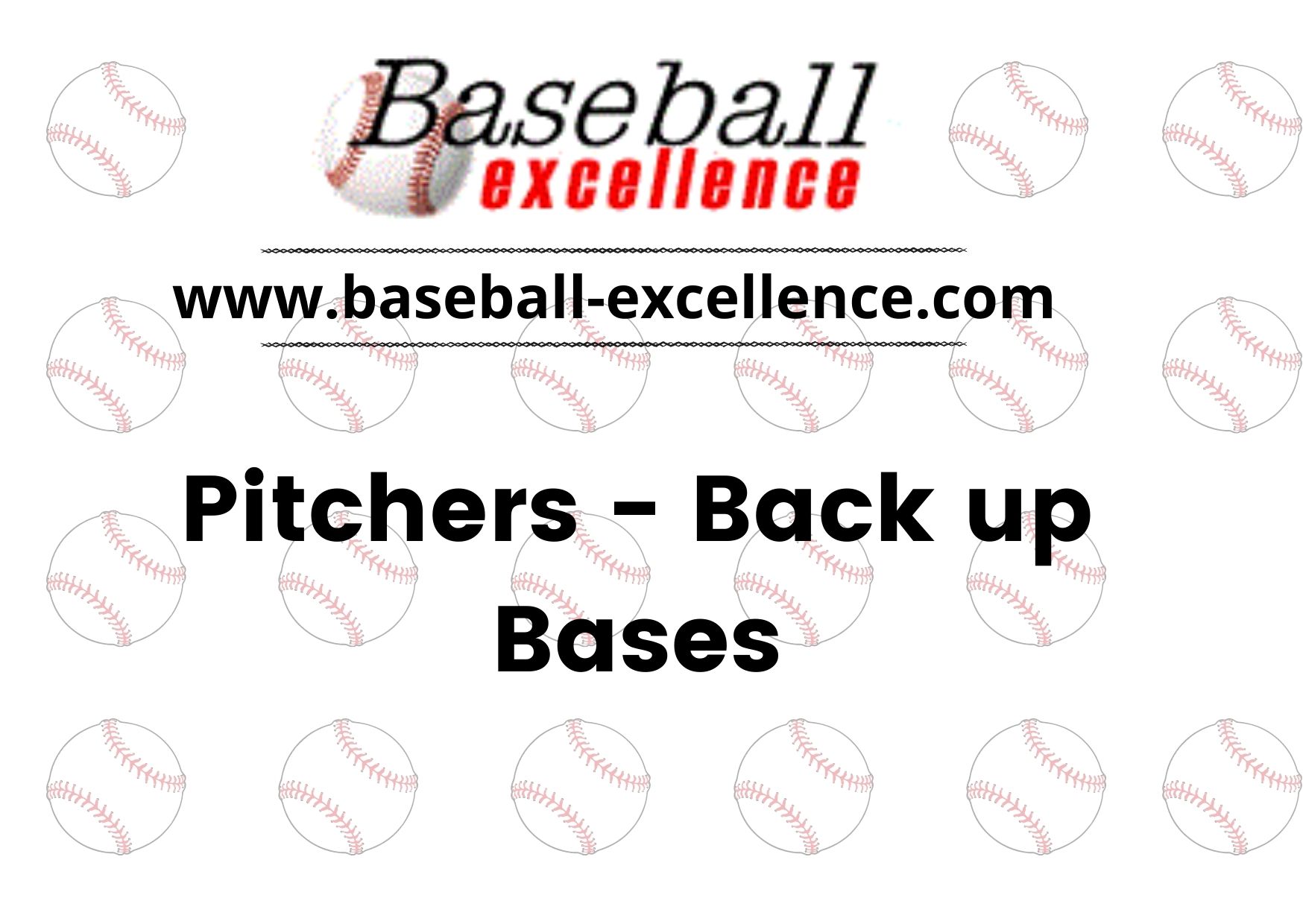 Teach your pitchers to back up a base on all plays. There is no play in baseball where players should be standing around after a base hit.
You have to reinforce this because sometimes a pitcher will hang his head when he gives up a hit and he won’t hustle to the spot where he should be. (This is part of a pitcher’s mental toughness training.)

The proper position for a play at home plate is behind the plate, as deep as possible and directly in line with the throw. Use the third and first basemen for cutoffs on throws to the plate. Their position is on the infield grass in line with the throw and the catcher. If a ball is hit to the left field, the third baseman is the cutoff man. The first baseman is the cutoff on all other throws to the plate.

The exception is when there is a runner on first base and a ball is hit deep in the left/right-centerfield gap. The middle infielders go out to form a double relay and the third baseman must stay at home to cover his base. The first baseman becomes the cutoff. The first baseman peels off to become the cutoff as he is following the runner to 2b.

Here are a pitcher’s responsibilities for backing up bases:

Pitchers should always hustle with controlled speed to their backup positions (Being under control helps you to react at the proper time.) They should get as deep behind the base as they can and still be in line with the throw. If they are too close to the base, the overthrow will get by them too. Remember on the big fields the dugouts are open (no fence) and when a ball goes into it, the runner(s) get an extra base. The pitcher must do everything in his power to prevent this.

Pitchers should get out of the infield on all possible plays at the plate. Otherwise they are clogging things up. Teach them to go where they are supposed to go. Proper back ups by the pitching staff will save you a run or two in the course of a season. These are some more of the ‘little things’ that win close games.

Several years ago, the Little League World Series ended when the pitcher cut a throw to the plate from the left fielder while standing 10 feet IN FRONT OF THE CATCHER. Under pressure, a pitcher (and all players) will instinctively do what they have practiced.

Little League coaches, have your pitchers go the correct position after a base hit with a runner on second. I know many coaches use their pitchers as the cut-off, but that’s not the correct way to teach the game. Forget the fact that many Little League pitchers are the best athletes on the field. Teach them the game the way it is supposed to be played and get your other players involved.

We have seen numerous high school pitchers seal their fate by failing to instinctively perform their defensive responsibilities. On the high school level freshman and sophomore pitchers are compared to junior and seniors for “projectability”. Many times a coach will take a young pitcher with below average arm strength if he comes across as smart and coachable. Instinctively performing his defensive duties is his best way to portray this.

Become a Student of Baseball Game