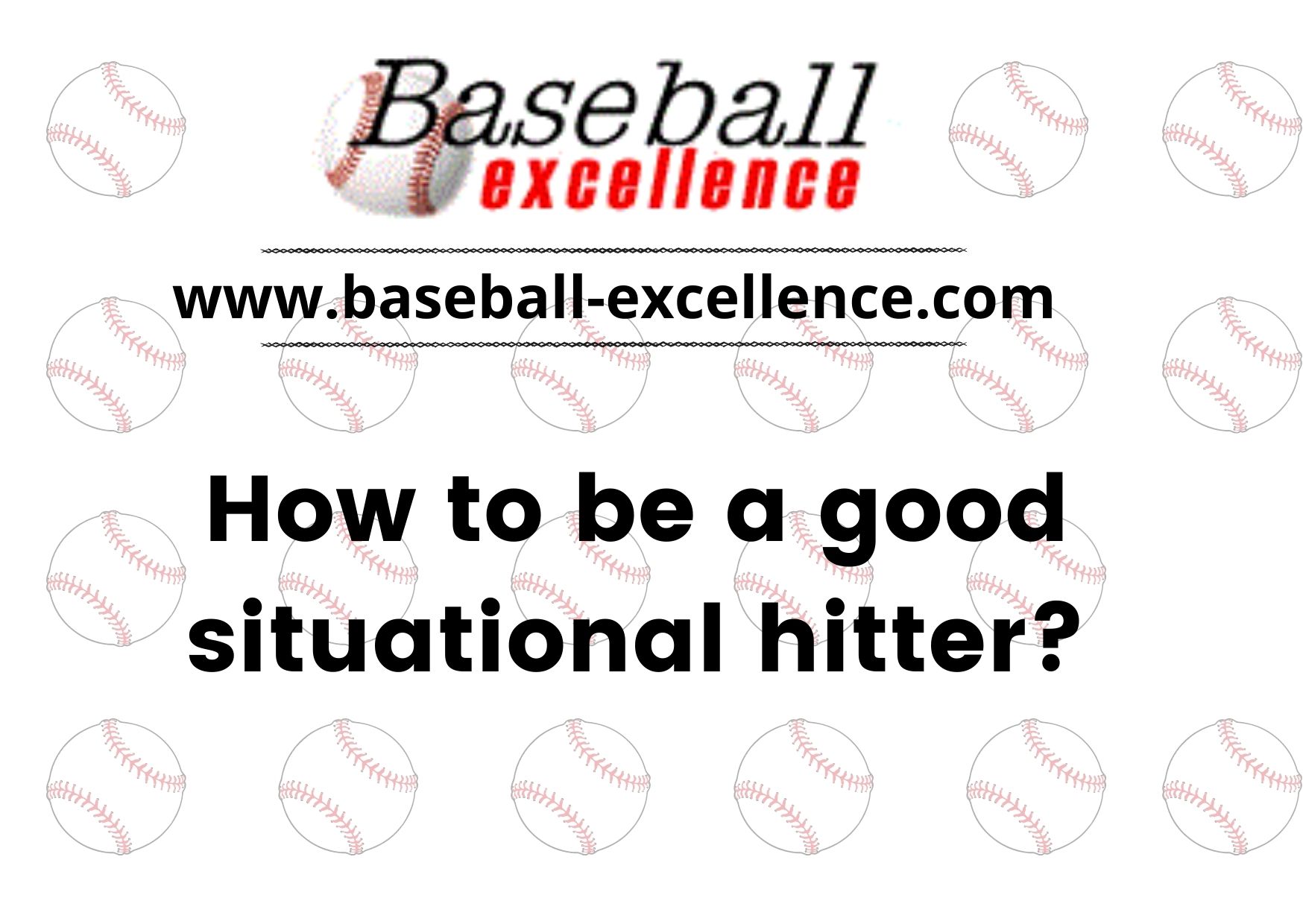 A team that can execute sound, intelligent situational hitting will be a successful team. They move runners into scoring positions and drive them in. To be a good situational hitting team the coach has to develop the proper mindset with his players. There is little room for “me, me” selfish players. Hitters must often give themselves up for the chance to score a run.

Batting averages, whoa. Put those batting averages down. There are many more important elements of the game and these statistics often put unjustified pressure on the kids. Batting averages should not be the measure of a young player’s effectiveness or self-worth. They don’t have a lot to do with winning. Instead, look at how your players perform in certain situations with men on base. Do they move the runner over on a consistent basis? Do they execute the plays their coach calls for? Do they have consistent quality at-bats? Do they hit the ball hard?

Let’s look at a game situation. The game is close and is being pitched well by both pitchers. Runs are at a premium. Your number 3 hitter leads off with a double. (It is very common for a hitter to be stranded when he leads off an inning with a double.) You decide not to bunt the 4 hitters. You would like to try for a big inning and yet you know it is imperative that the runner be moved over to the third base. The infield is playing at normal depth. The hitter’s priority is to move the runner to third base. He must not think of personal batting averages. A fly ball probably won’t get it done. A ground ball to the third baseman or shortstop won’t do it. He must think of hitting the ball hard on the ground to the right side of the infield. The key to this approach is for him to look for his pitch early in the count. He should look for a pitch on the outside third of the plate. Look for location rather than the type of pitch (fast ball-curve ball). With 2 strikes the pitcher has the advantage and the hitter is more likely to fail.

The most important thought for the hitter is to get a good pitch to hit to the opposite field. Try to hit the inside portion of the ball, not behind or around it. He should look for the outside pitch until he has two strikes and then only concentrate on hitting the ball hard. If the ball goes through into the outfield, so much the better. But by hitting the ball on the ground to the right side, he will move the runner over to third base even if the defense throws him out.

The hitter grounded out to the second baseman and moved the runner over to third. He did his job. The ball could have easily gone through into the outfield. It was a win, win situation. Now there is one out and the runner is on third. The 5 hitter is up. What is his job and what is his mental approach? This is always a crucial situation in a game. The objective is to attempt to take advantage of every one of these scoring opportunities. Again, forget batting averages; think about scoring the runner. It is very important to have a quality at-bat in this situation. The hitter should look for a pitch that he can drive into the middle of the diamond.

If the infielders are playing back, the hitter now has the option of hitting a ground ball in the middle of the infield. The hitter must make sure it is a pitch he can drive.

A third but not necessarily better option with the infielders playing in is to have the runner on the third break for home on bat contact. This tactic should only be used with one out in a tie game or maybe when you are desperate to score.

The third base coach should verbally communicate all options with the hitter and runner because the location of the infielders could change on each pitch.

Be aware that good teams teach their middle infielders to play at a depth that is best for each player’s arm strength.

The last option of course is a base hit, but the hitter should be most concerned about all other options to be a good situational team hitter.

Holding Base Runners On

How to Hold a Tryout