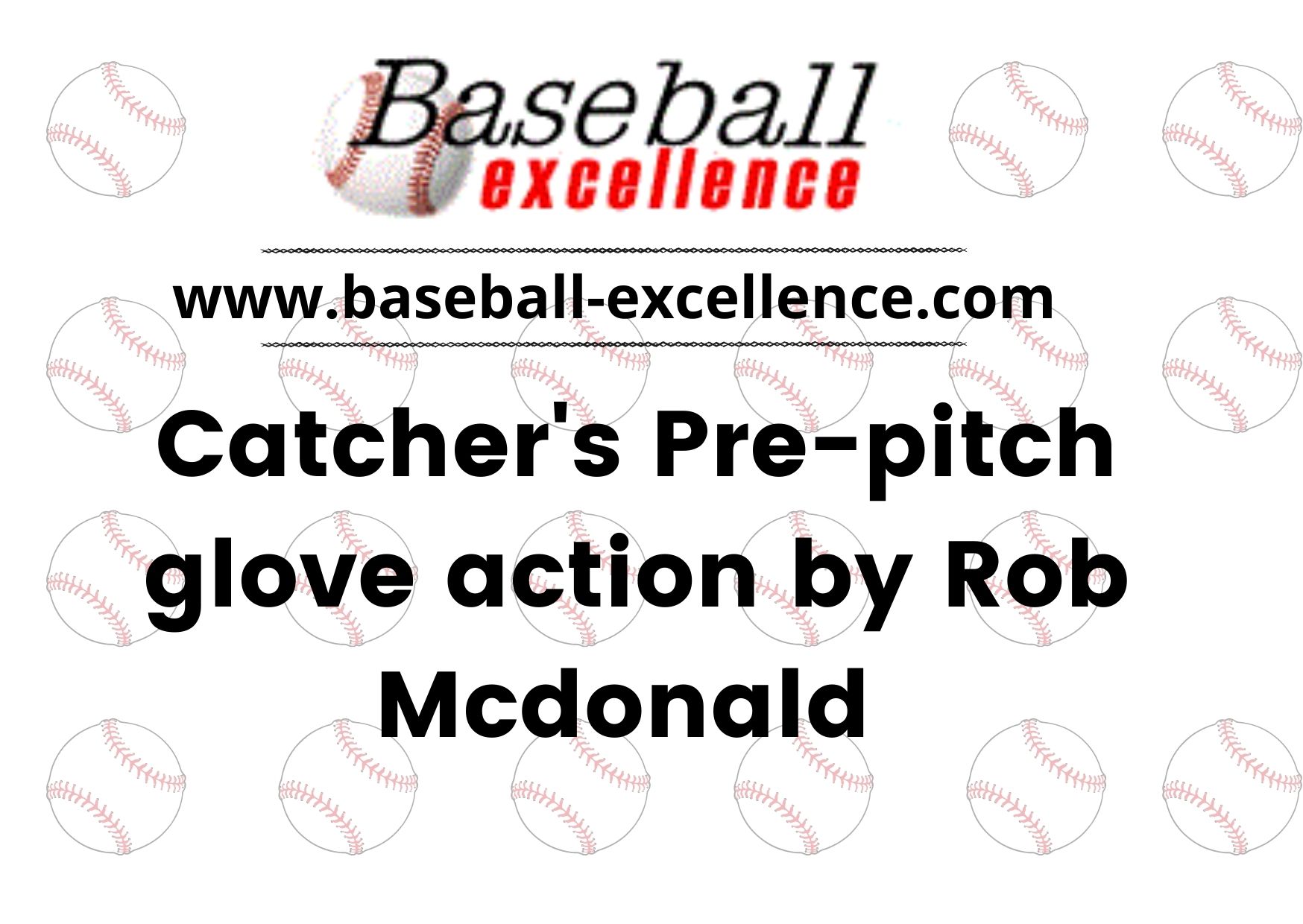 I have always considered the “Meat and Potatoes” of catching to be the three main skills; receiving, blocking, and throwing. These three skills are the foundation of a good catcher. Receiving is an underestimated skill that often separates a great catcher from an average catcher (ask any pitcher).

The preliminary action of the catcher’s mitt is important and often overlooked. Every good teacher of infield play that I know places emphasis on the infielder’s “glove presentation.” Even though there are slightly different methods, there is no debate that getting the glove in a functional and ready position is advisable for an infielder.

For the catcher, the position of the glove is just as important – just not talked about as much. It becomes imperative as the catcher moves up to higher and higher levels of play.
As the fastballs one catches increase in velocity and movement, and the breaking balls increase in sharpness and bite. The catcher’s reaction time decreases. His efficiency of movement must increase. (Example: A young player might get away with a long – slow swing for a few years. The same swing won’t work when he is trying to hit 90 mph)

The catcher’s objective is to get his glove into the best position to receive all pitches. A full glove target position is recommended for the benefit of the pitcher.

However, the full glove target creates some tension in the wrist and forearm. Tension creates slowness.

The idea is to get to a functional, useful position once the target is not necessary. I call this the NEUTRAL or Relaxed position. The NEUTRAL position is as close as you can get to in-between the THUMB DOWN and FINGERS UP positions. (It is easier to communicate “Relax” to a catcher in drill work, so I will stay with that from here on.)

As a young catcher, I was taught a slightly different method, the ¼ glove turn, or glove roll. For some, this is still the practiced style.

The glove turn is essentially the “shake hands” position with the glove hand. In my opinion, the ¼ glove turn puts the catcher in an easier position to get to low pitches with the palm up. But, I have not seen quality catchers at the high school, college, or professional levels receive pitches near the strike zone with the palm up for many years. I used to do it and teach it, but I don’t now.

The first step in teaching the Relax position could simply be to stand in front of the catcher and say, “Target …Relax”, repeatedly.

The next step would be to throw the ball to the catcher, paying close attention to the timing of the movement. Do not let the catcher get caught moving to the Relax position while he should be catching the ball. The whole process should be three distinct steps, target – relax – catch.

Emphasize to the catcher that the actual movement is very subtle. The untrained eye should not even notice the movement. The Relax position is an almost invisible component of catching that can make a great difference in the success of a catcher.

In my opinion, it is necessary. Additionally, though, if the catcher isn’t taught to do this correctly, he may develop a habit that is not only unproductive, but is counter-productive.

SO YOU WANT TO BE A PROFESSIONAL BASEBALL PLAYER?