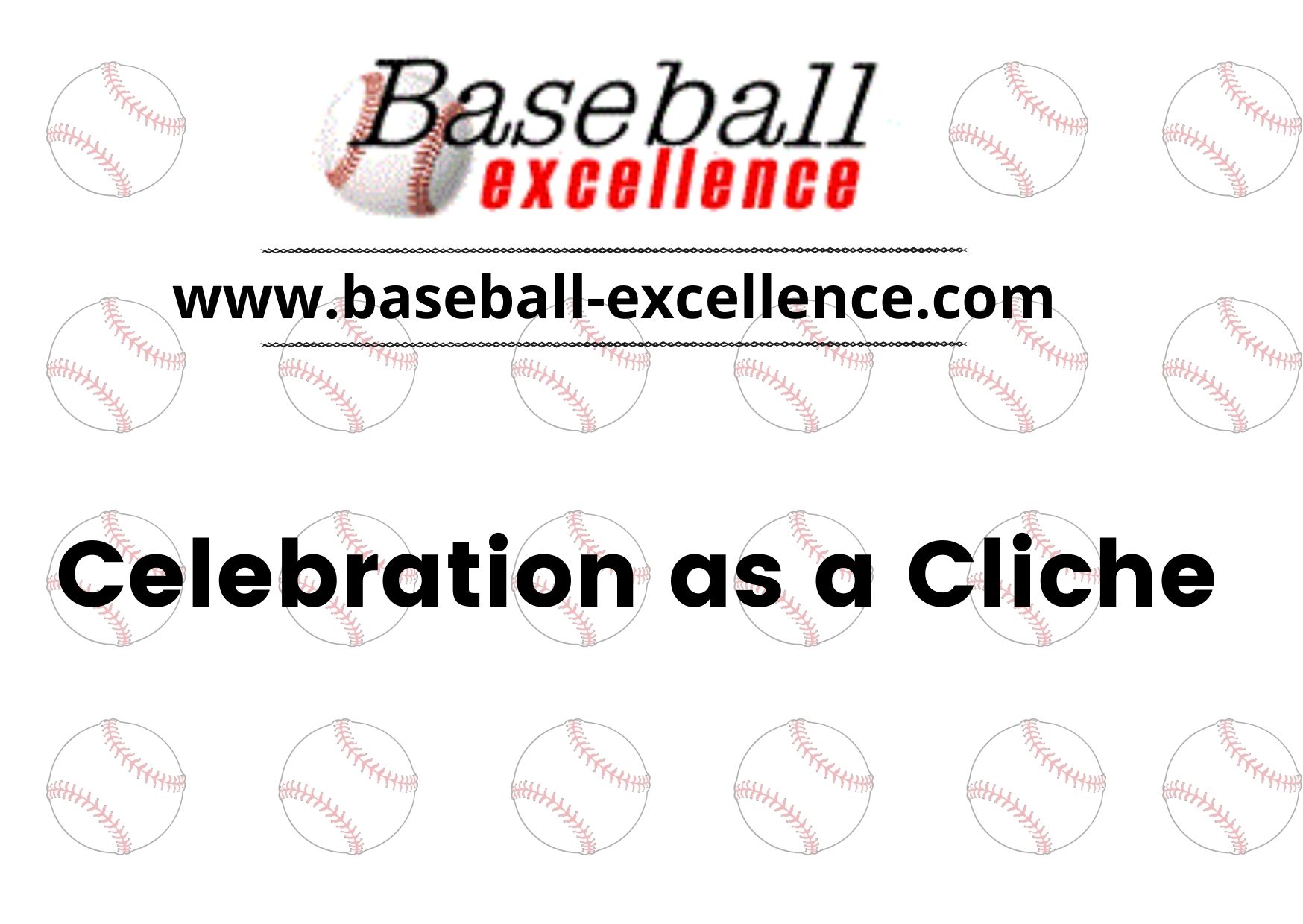 Let’s put this article under the heading of Dugout Demeanor. It’s another one of those ‘little things that I feel add up to success on and off the baseball field.

The last two decades of this century seemed to have embraced in sport, what I call the ‘Celebration of Mediocrity.’

It’s “Look at me. Look at what I did.” “I, I, Me, Me.” Every time a football player makes a tackle or a basketball player dunks one, he struts around as if he had just reinvented the game. Suddenly in the last few years, it has become vitally important for everyone to have his or her moment in the spotlight.

I realize that some coaches will say that this is positive reinforcement and will fortify the player mentally. But enough already. Kids watch Sports Center in the morning and in the evening and at night. This is how the big guy’s act. Monkey see monkey do.

The celebration of excellence has become the ritual of the commonplace. Good or bad that is the way it is.

So let’s take this prevailing attitude and rewind to a few years back when I first began coaching with Jack Grant.

Clinton Johnston was a high school senior and I was in the dugout and Coach Grant was in the third-base coaching box. The team was Post 39 American Legion. (Jack called the team the ‘39ers.’)

Clinton hit one off the world; over the scoreboard, over everything. As he jogged around third base Coach Grant stood there stoically, with his arms folded.

No one came out of the dugout to greet Clinton and no one cheered and yelled. In fact, no other player even got to his feet. What’s wrong with this picture?

When Clinton came into the dugout no one said anything of consequence; a couple of ‘atta way’s.’ So naturally the first chance I got I had to ask Coach Grant why.

I said, “How come nobody came out of the dugout to congratulate Clinton”? “That was a heck of a shot.”

I will never forget what he replied. “They’re supposed to hit home runs.” He turned and sat down. Simple and to the point. That is what they have been trained to do. Hit the ball hard.

My first reaction was to disagree with this philosophy. After all, I watch Sports Center too.

He told me later that this was a rule on his teams. No one comes out of the dugout to celebrate after a home run.

By this action, he was allowing his team to rise above the commonplace. He was also reinforcing something more important than just a single act.

He was strengthening the philosophy of team play. What a novel concept. I now realize how classy this is.

“If you want to celebrate, applaud great defensive plays or a well-placed bunt or good situational hitting.”

Here’s another phrase ESPN has turned into a cliché, “Old School.” Well, let me tell you; that is definitely Old School.

Coach Grant did have an exception to this rule. If you hit a home run in the bottom of the last inning to win a game, the celebration was allowed.

A walk-off home run is something I have been witness twice. And the celebration then is very sweet.

I came to realize that Coach Grant was teaching something else; how to stand up to peer pressure. That’s a worthy ‘life lesson’ don’t you think?

It is so easy for a coach to let his players do what they want, to act the same as the players on every other team do.

It is much harder for him to say, “There is another way. Let’s try this.”

But when you think about it isn’t that what a teacher is supposed to do, give young people choices? Show them a different path?

What is Mental Toughness?