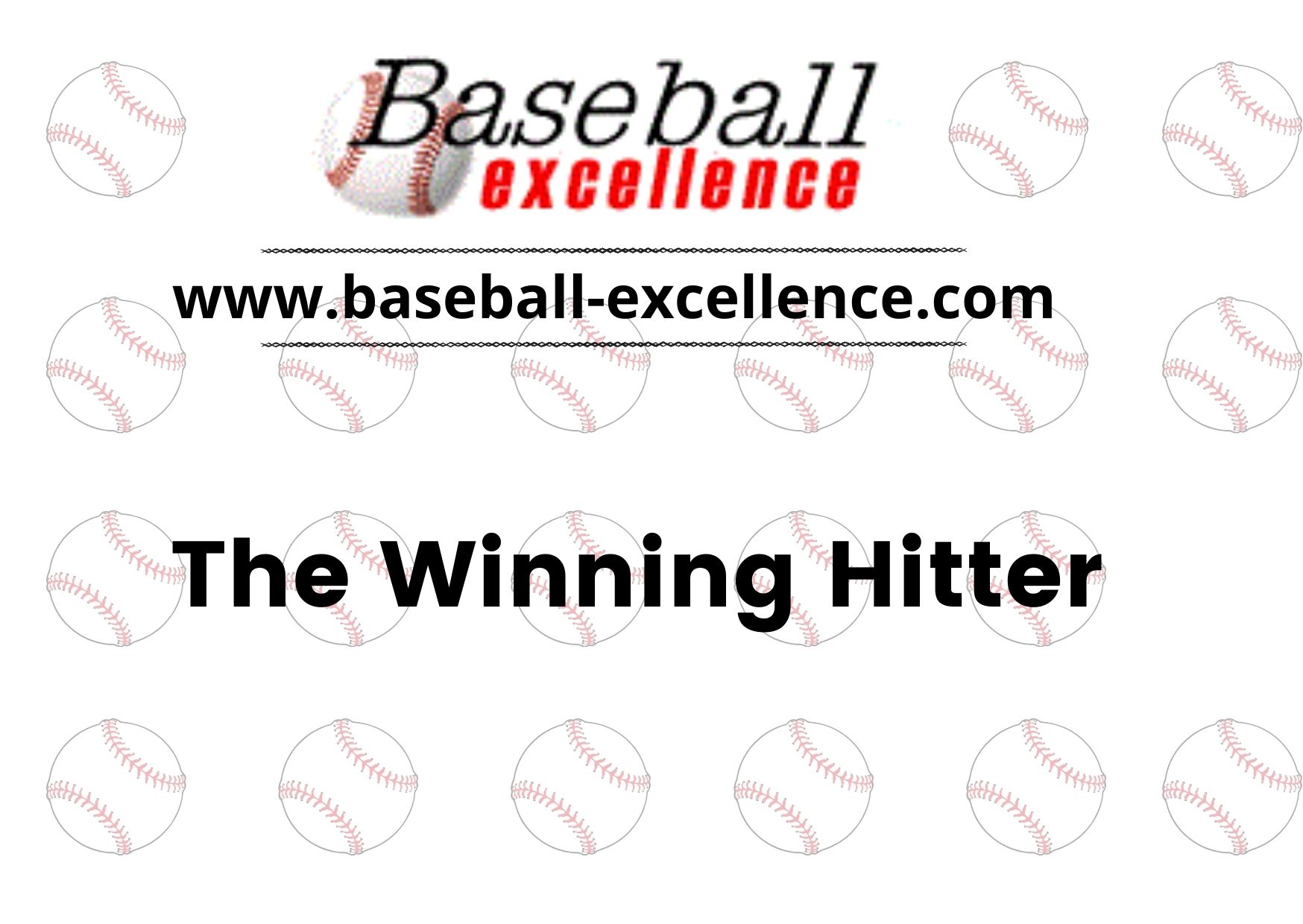 To be successful, a hitter must always be aggressive in his approach. (Coaches should help instill this in all their hitters.) A young hitter learns to hit by swinging the bat, not by taking pitches.

He is entitled to three good cuts. Don’t cheat him by making him take pitches. (Do away with that, “Take a pitch until he throws a strike” stuff.)Hitters should think that every pitch is going to be a strike. “Think strike and then react.”

Be aggressive early in the count. Pitchers are trying to get ahead by throwing strikes, swing at those strikes. Hitters who find themselves always behind in the count are taking too many pitches. If a hitter is consistently behind in the count he will get a steady diet of off-speed pitches and pitches on the edge of the plate. If he will go to the plate with a positive, aggressive attitude, he will get more good pitches to hit. Hitting is a one-on-one battle with the pitcher. Statistically, the pitcher has the better of it and if the hitter does not have the correct approach, he will not win many battles.

The hitter must take a positive approach. He cannot be overcome by negative thoughts; a previous unsuccessful at-bat, crowd noise, umpires, poor weather, or poor field conditions. Negative thinking will cause a hitter to become tentative. A tentative hitter will usually be unsuccessful.

He must learn to be mentally tough. He cannot become intimidated by any pitcher.
A pitcher’s best pitch is his fastball. Coaches should attempt to instill in their hitters the mindset that no pitcher will get his fastball by them. That should be a primary focus.

Understand that failure is part of hitting. Babe Ruth struck out 1330 times. Uncontrolled emotions after an unprofitable at-bat will hinder a hitter’s development.

He must adjust mentally to various situations. He should come to understand that a winning at-bat might be simply hitting a ground ball to the right side of the infield to move a runner to third, or that executing a successful bunt will contribute to a winning team effort.

He cannot let outside situations influence him. He must be consistent in his approach.
He must strive to remain positive in all situations. A negative approach will breed negative body language and ultimately cause the hitter to lose the battle. It is difficult to teach a young hitter to stay in a state of controlled aggression and yet remain relaxed at the same time. Yet, that is what he must do. He must consider the situations before the ball is pitched but when it is, he must think of nothing at all. “See the ball; hit the ball.”

How do we coach kids so they can develop these favorable characteristics?

Here are teaching techniques we believe are important.

The two Vital Ingredients in Every Baseball Practice

A Third Base Coaches Box Tip

CELEBRATION AS A CLICHÉ