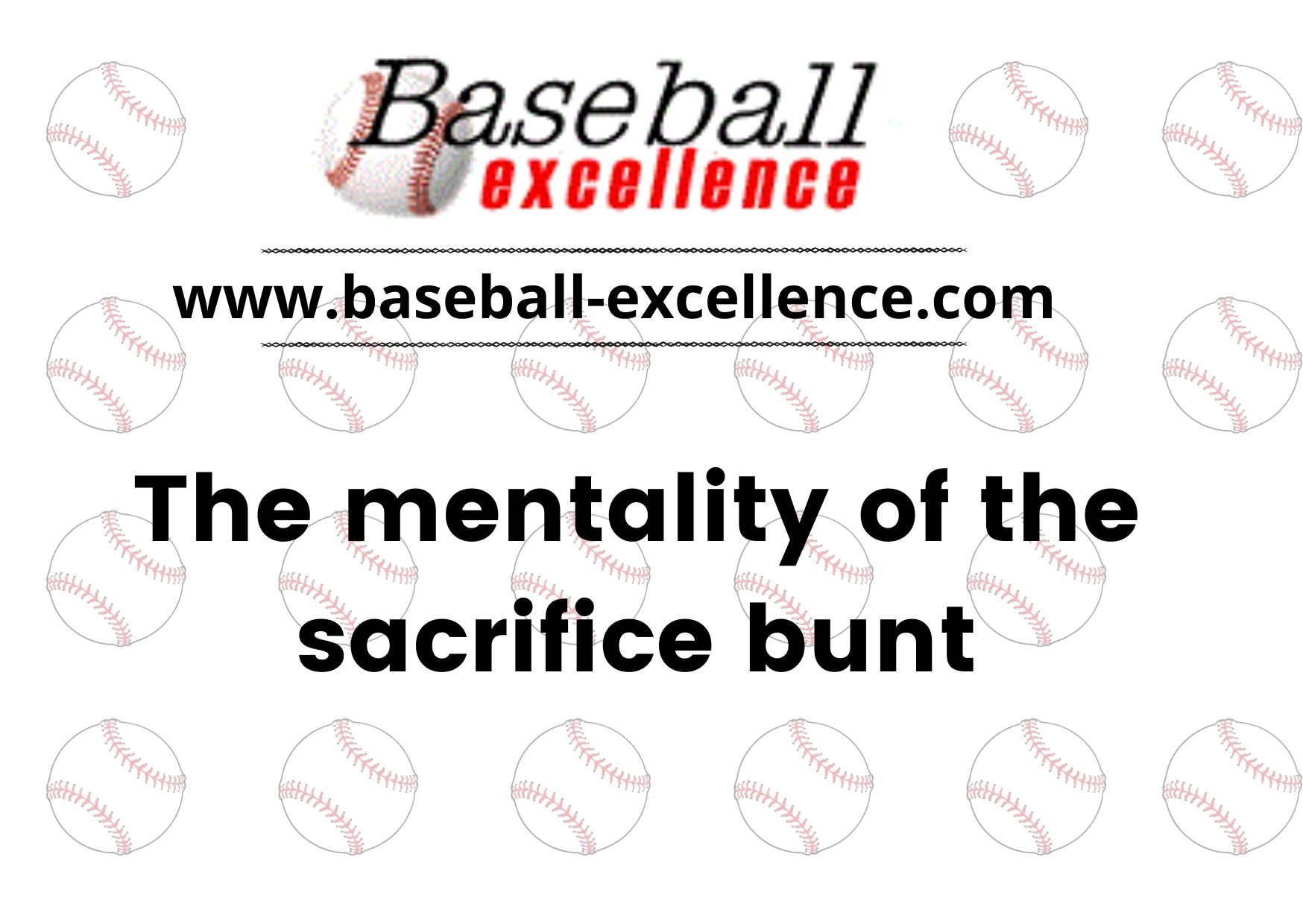 From Little League to the Major Leagues all championship teams bunt and bunt well. The sacrifice bunt is a great weapon in certain situations and when called upon every player should be able to execute the play.

First, the mindset of the sacrifice bunt: the player should understand that he is up there to give himself up and not attempt to bunt for a base hit. It is up to the coach to instill that philosophy in his players. Many young players don’t like the sacrifice bunt because it takes the bat out of their hands and doesn’t give them a chance to hit. The coach should explain to his players that baseball is a team game and personal statistics don’t come first. (It is a good idea to have all the players congratulate the hitter who executes a successful sacrifice bunt. That reinforces team play and demonstrates the importance of the sacrifice.)

We teach the” pivot” method over the square around the method. The pivot technique gives the player more mobility. It takes a little more time to learn but is superior. Have the hitter get in his batting stance but move up in the batter’s box so that his front foot is even or slightly ahead of the plate. This cuts down on balls bunted foul. As he pivots around, he moves his rear foot slightly closer to the plate than his front foot. Both feet should be open and toes pointing at the pitcher. He should bend his knees slightly and move both hands up the bat. His backside should be under his shoulders. Hold the bat level or bat head slightly higher than the hands; (not 45 degrees.) Holding the bat loosely helps deaden the ball.

The batter should “show” bunt early (at approximately the time when the pitcher comes set) and then make every attempt to bunt the ball down one of the lines. Showing bunt too late makes it difficult to be successful. A sacrifice bunt is not a secret.

To bunt the ball down the first base line, point the knob of the bat in the direction of the third base bag. To bunt the ball down the third base line, point the head of the bat at the first base bag. Do not drop the bat head for any reason. That will cause the hitter to pop up and destroy any chance of moving the runner over. Instead of dropping the bat head if the pitch is low, the hitter should bend his knees until he is low enough to get the bunt down, like an elevator going down. Bunt strikes only. If the pitcher walks the hitter, so much the better. Bunt the ball before you run. It is a mistake to bunt and run at the same time. Let the ball hit the bat. Don’t go out and get the ball. It will come into the hitting zone. Concentrate and try to see the ball hit the bat. Bunt the top half of the ball. That will help prevent pop-ups.

The two most common bunting mistakes are reaching out to bunt the ball and dropping the bat head on a low pitch. You see these errors even on major league teams. Practice bunting a great deal every day early in the season and then have your hitters bunt the ball 3 or 4 times in every batting practice before they hit. Bunting in batting practice before the players hit has a two-fold purpose. It practices the skill of bunting and it gets the hitters used to tracking the ball.

What is Mental Toughness?

What Every Coach Should Ask About His Catcher